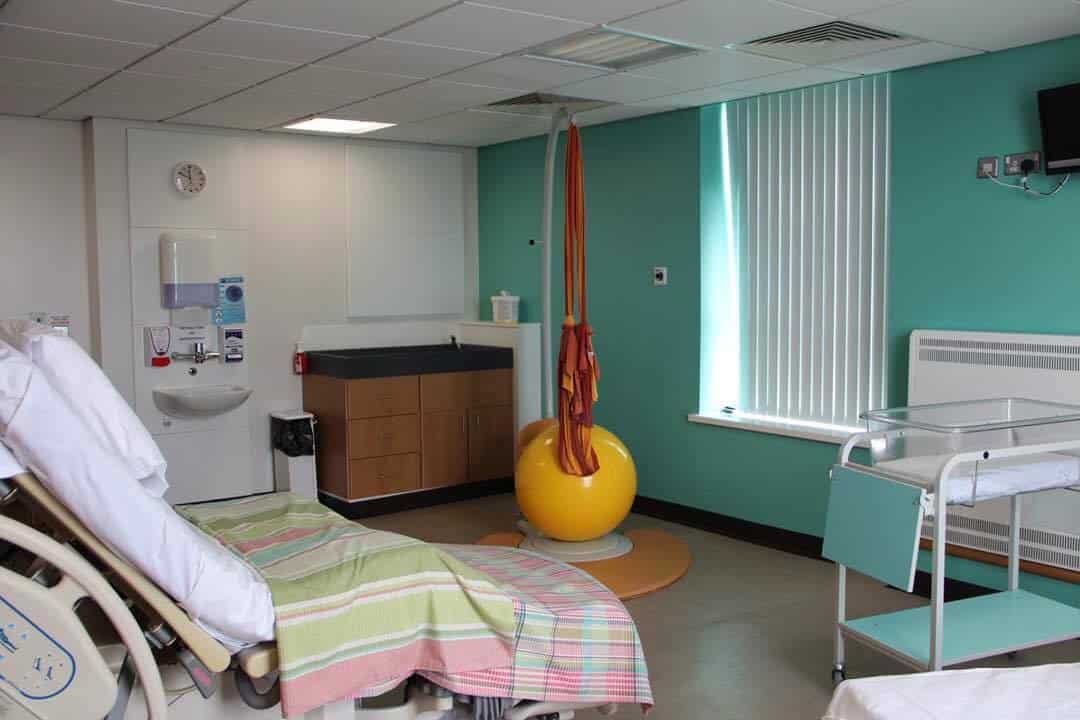 Despite this, a quick glance at the NI Midwifery Unit map shows that, unless a woman lives in greater Belfast, her choices are currently limited. 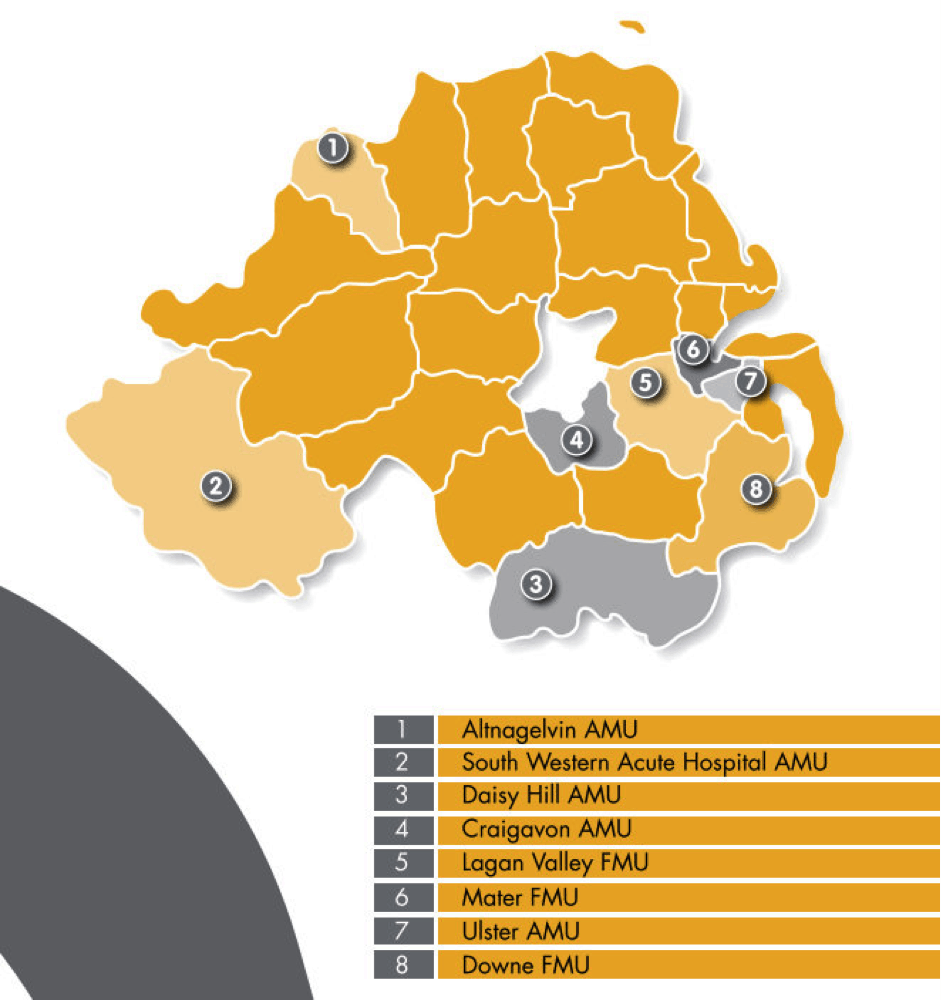 Currently, there are three freestanding and five alongside units, with a further alongside unit in development in Belfast. The units are geographically clustered in the east, and (apart from the Downe and the South Western units) in areas of higher population density, so women living on the north coast, west of Lough Neagh, or in rural areas have limited options.

Our maternity strategy commits the Health & Social Care system in N Ireland to ensuring that women have access to midwifery-led options as part of a wider culture change. Units are also known as MLUs (midwifery led units) in Northern Ireland.

Our midwifery units are highly valued by the women who use them. A quick look at some of the outcomes from one of the units indicates some of the reasons why: 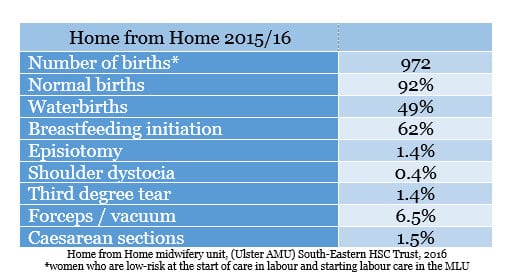 In NI, eligibility criteria are used as a screening tool for admission in line with accepted practice elsewhere. Each MLU in NI had developed their own admission criteria to guide both maternity care professionals and women. In practice, this meant that there was a lack of consistency across NI, as the differences in the criteria and their application impacted on women’s planned place of birth. This led to some women being either inappropriately refused admission to the MLU, incorrectly admitted to a MLU, or transferred unnecessarily to an obstetric unit.

It was also recognised that the admission criteria varied from one MLU to another, were often not clearly deﬁned, and that midwives in NI had expressed the need for clear evidenced-based guidelines (Healy, 2013).

The Guidelines and Audit Implementation Network (GAIN) is the body which produces official clinical guidelines for use in Northern Ireland. In 2015, the network completed a detailed guideline document for midwife led units. The process was thorough and at times challenging, and involved multidisciplinary and service user guideline development group members reviewing the available evidence and building a consensus about which women should be encouraged to choose midwifery units for their birth. The group included practising midwives, lecturers and researchers as well as obstetricians, GPs, anaesthetists and, importantly, women and women’s advocates. The results of the Ten Thousand Voices listening project, which included maternity care, was also influential in shaping the work. 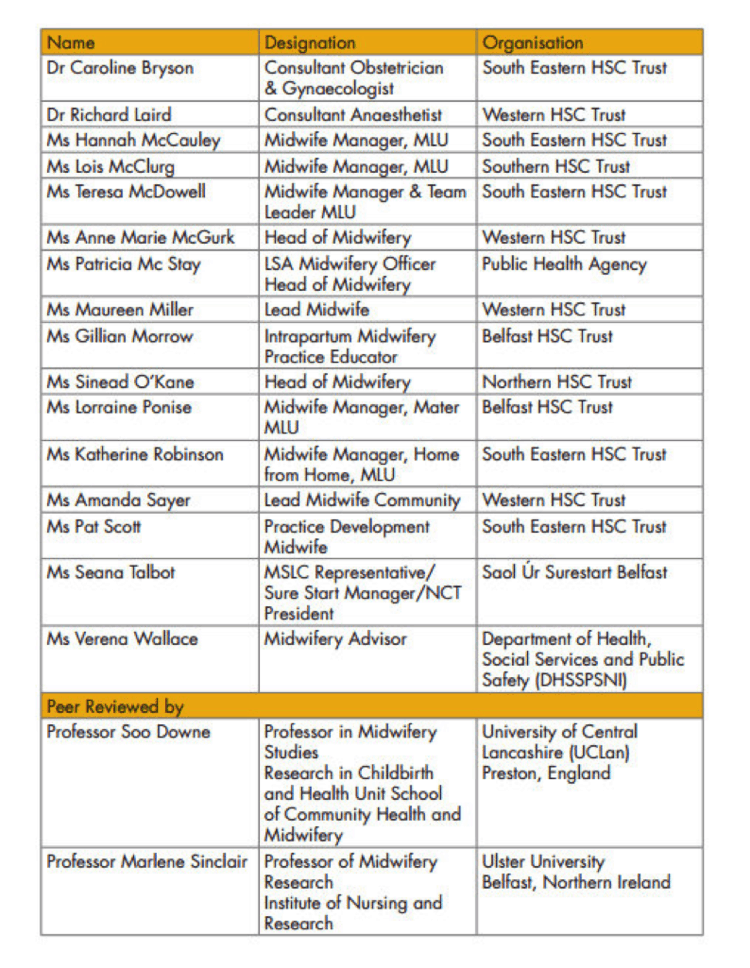 Initially, the plan was to produce a single list of criteria to guide women and health care professionals. However, as well as agreeing a core list, applicable to both alongside (AMU) and freestanding midwife led units (FMU), the group identified another group of women, with a slightly higher risk profile, who should be encouraged to attend alongside midwifery units only. 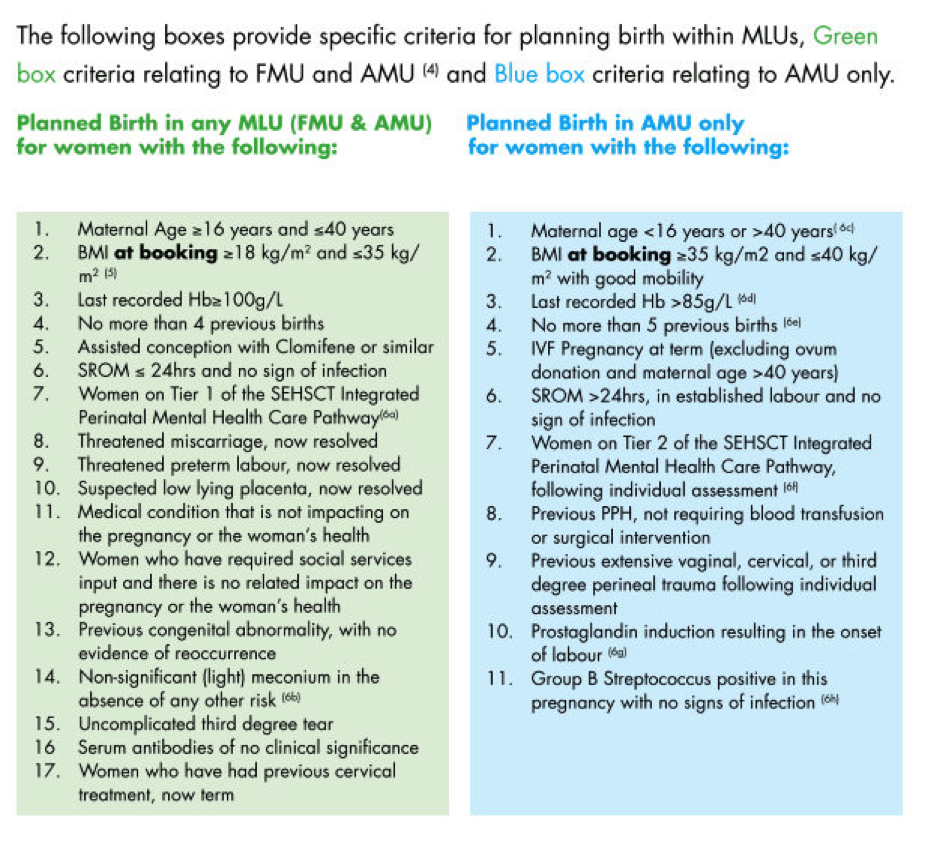 In addition, the group identified that more women than expected were transferring out of midwifery units to consultant units while in labour. In order to reduce the numbers of unnecessary transfers out, the group developed a Normal Birth Care Pathway. The pathway focused on confirming that women are in established labour before admission to the unit in labour, as well as identifying best practice in terms of supporting women experiencing straightforward labour.

The guidelines and pathway are available online HERE

In order to encourage implementation of the guidelines, the Chief Nursing Officer has supported the roll-out of awareness sessions for midwives in all Trusts in NI. A detailed evaluation is planned for 2018. 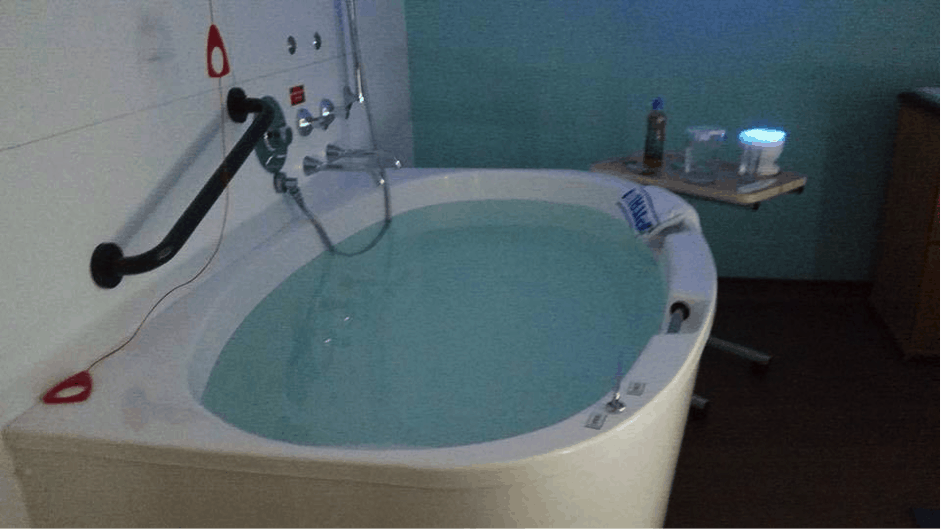